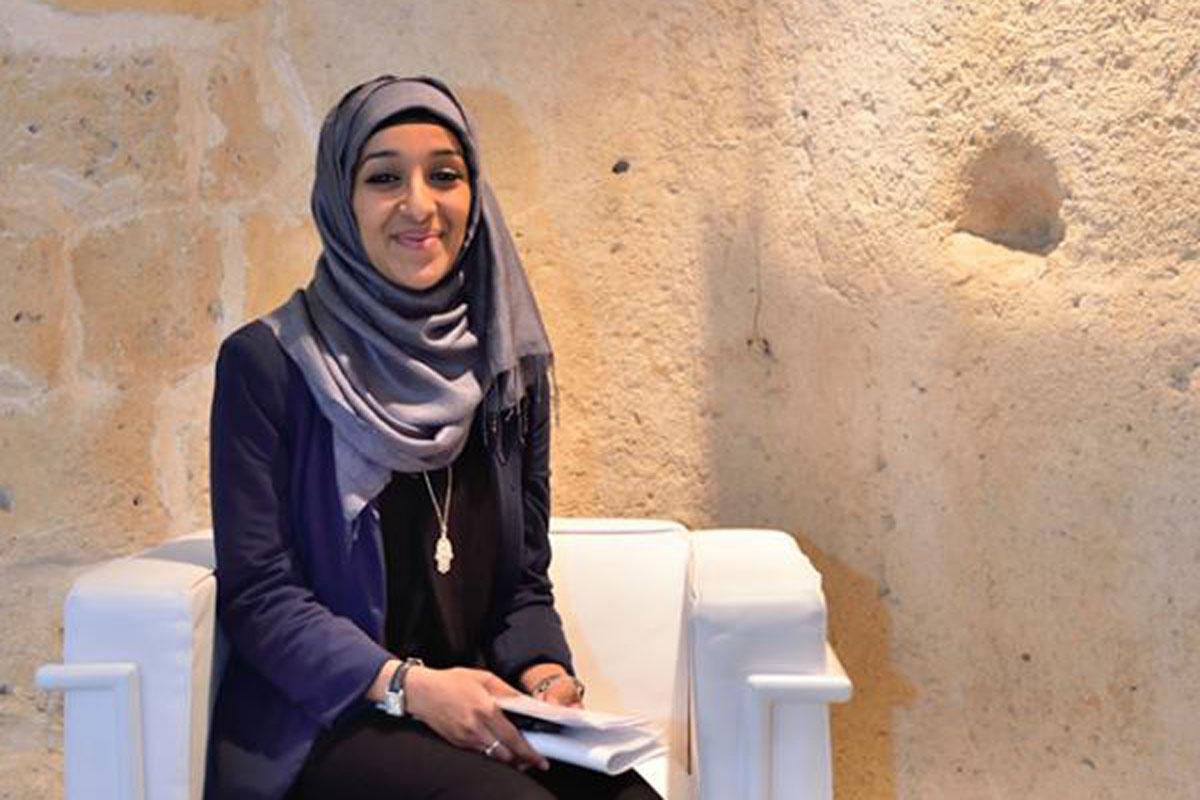 “I don’t actually read that many comic books,” laughs Takoua Ben Mohamed. “And I have never set foot in a comic book fair.” Don’t mistake what she says for a snooty, “I don’t read comic books, I only make them.” Make what you’d like to see in the world, they say. More broadly, make something that embodies what you want to see in the world, whatever the medium you choose. It just so happens that the world of speech bubbles and comic strips is Takoua’s cup of tea.

The Douz-born 23-year-old graphic journalist arrived at comics via an unconventional path. The masters of the genre – Joe Sacco, Marjane Sartrapi, Guy Delisle, Ari Folman – are, of course, her guides. At the same time she is used to presenting her work in political or cultural conferences and an academic context, rather than in a more classical editorial setting. “My strips aren’t bound to the comics’ world per se,” observes Takoua. “People come to my work through themes that are dear to their heart. They are happy to see these issues presented in a different way.”

Her approach to graphic journalism can’t be disjoined from Takoua’s personal story. She grew up in Douz, Tunisia, under the Ben Ali dictatorship. Her father was a political opponent and had to leave the country when Takoua was just four months old. “My father figure growing up was my uncle, who was also in prison as an opponent of the regime,” she explains. “For a long time I didn’t know where my father was, I didn’t know what he looked like. I never spoke to him on the phone because there were spies everywhere.” When Takoua’s father finally relocated to Italy, his family joined him.

“When I met him I couldn’t believe he was my father. I’d had my uncle as a reference point, darker-skinned like me. My father is lighter and has blue eyes. I was like: ‘He isn’t my father!’ My mother swore: ‘He is your father!’ [laughs]. It was hard to get used to the idea, but I never had any resentment towards him. I have always respected him.” It was her father who suggested that Takoua start “Intercultural Comics”, marrying her passion for drawing to her burgeoning political activism. “I took up the idea and at fourteen I created my first strip, called ‘Me and My Hijab’.”

Wearing the hijab in Rome proved to be a big challenge for Takoua as she was growing up. Everything, she says, started with 9/11. “I saw the attitude of the people around me changing. My sisters who wore the veil started being treated differently. After a year I decided to wear the veil as well. Wearing it on the first day of high school, two kids shouted at me: ‘Taliban! Terrorist!’ I didn’t even know what terrorist meant back then.”

Instead of discouraging her, the episode strengthened her resolve to wear the hijab. “I was only 11 years old at the time, still quite young to wear the veil. But I have always felt part of a revolutionary family, which taught us to do and say everything we wanted.” One of her sisters, who is now a parliamentarian in Tunisia, was a role model.

Learning about somebody’s story can prompt people to change their world view; this is the philosophy at the heart of Takoua’s comics. She has first-hand experience of this. “When I was in first grade I had a classmate who was a self-declared fascist,” she tells me. “As a Muslim, foreign and dark skinned, I was a pariah for him.” One day he heard Takoua talking with classmates about being harassed on a bus because she was a Muslim. He grew curious and asked questions. “After school he waited for me and brought me home. I was so surprised!”

This quickly became a habit. “On our way we talked a lot. He really got to know me, beyond my outward appearance. We became friends; we even skipped school together. The friendship changed his mind about fascism. He ultimately realised that he didn’t even know what it was about. He changed his opinion of foreigners.” It was a discovery on both sides. “I found out that people can change. You just need to know each other’s stories.” Incidentally, this was the very year that Takoua started drawing her comic strips.

She is currently working on two comic books: one on the language of the media and the other on the Arab Spring in Tunisia. “When the Arab Spring started I was in Italy, but the following summer I went to Tunisia to do research and interviews. I’m interested in the political situation in the 80s and 90s. I wanted to hear the stories of those who experienced the revolution. I will connect these real life stories I collected to the main character, which is me as a child.” After publishing this work, her next step will be to turn it into an animated movie. She believes that the moving image can reach a broader audience, so she is currently studying animation at the Nemo Academy in Florence.

Today Takoua is a symbol for young Tunisians abroad who use creativity as their weapon for cultural dialogue. While she is constantly flying around to participate in seminars and conferences, she didn’t expect to be honoured by the Tunisian government for her work. Returning to Tunisia for the first time, in the aftermath of the revolution and after 12 years in exile, was a pivotal moment for her.

“Back then I had obliterated my past life. I couldn’t remember my family back home, even if I grew up with them. Thus I also thought they had forgotten about me. But I was wrong.” Despite the curfew still in place, the entire extended family was waiting at the airport. “They had travelled from south to north. They were crying and remembering all our names. I didn’t expect that.”

She and her family visited their old house in Douz. The place had been ransacked and was in ruins. “When we left for Italy we didn’t expect to stay there. The idea was to go for a short holiday, so we left everything behind.” In the inner courtyard of the house, brushing away the dust on the palm trunks, Takoua found small drawings carved in the bark. Under the desert dust, on the walls of the rooms, she found other drawings, names and scribbles that she and her siblings had done as children. “That was the only thing they couldn’t take away. The house was completely empty. But the drawings remained.” 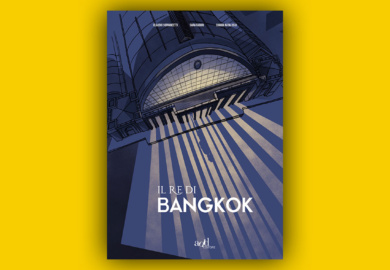 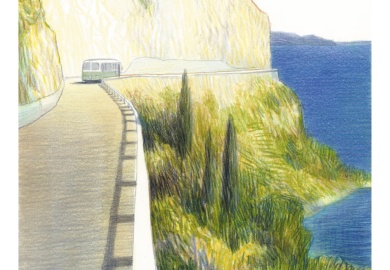