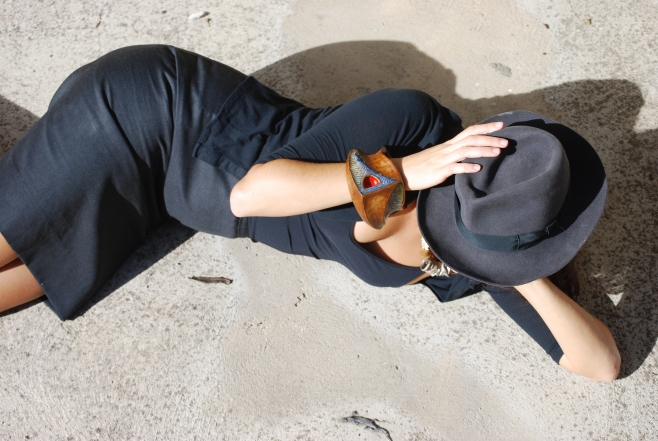 Many moons ago, when was a graffiti artist in Rome, I was introduced to Roman rap music by my then-boyfriend, who used to wear annoying hip hop clothes and a very nice rapper hat. I didn’t know anything about rap back then. I grew up on punk rock and when came to the spoken word I couldn’t go farther than Patti Smith’s “Piss Factory” – which still hold the title the most moving songs about ambition and an aesthetic vision of life, if you ask me.

Anyway, at the time I was listening to all those people you probably never heard of unless you are from Rome and you wear annoying hip hop clothes. Corveleno was my favourite rap group, followed by Colle Der Fomento, Gente de Borgata and – here I have some reticence to admit it – Noyz Narcoz and Saga Er Secco. As bad as it sounds, my writing style in Italian was heavily influenced by that music. You should read my art reviews from that time on Art a Part of Cul(ure). Imagine reviewing Sandro Chia with this super aggressive attitude – which let’s be honest, the Transavanguardia deserves a little bit. Plus, those reviews were great fun to write. I remember a mail exchange with Art a Part of Cult(ure) director Barbara – who usually let me go away with everything – saying: “Don’t you think that passage is a little offensive?” Offensive was a nice way to describe that passage.

A couple of weeks ago I was sighting wistfully remembering that rap influence in my art reviews. Then I thought, what if I start listening to rap music in order to power up my English writing with some extra-radness? Therefore I asked my current boyfriend, who wears plain black clothes and a sailor hat, to give me some insights into legit hip hop. To show him where I was coming from rap wise, I played on YouTube some tunes for him. He didn’t even wait for the person to start rapping, that he dismissed the whole Roman rap scene as derivative. I vehemently protested: “Wait to get to the lyrics at least! They are great!”
“I don’t care about the lyrics” he said “These people don’t have their own flow!”
“What do you mean?”
To explain that to me he played Azealia Banks’ 212 to me. As much as I hated the track’s base (I grew up on punk rock remember?) and more so the rest of Azealia Banks’ songs, I had to acknowledge something. She had her own flow.

From that moment on I started to think of the flow as a wider thing, an attitude – Muddy Waters would call it Mojo, I guess. For example, I have this friend who express herself on social media through witty statements and great taste for curating her own image. One day in my feed appeared this picture of her working in a typical Italian delicatessen. She wore an apron and posed next to a slicer smiling makeupless . Under the picture she had written the address of the delicatessen, specifying that you could find her there on that day. Now, that’s the flow.
The flow is working an average job and making it cool, just because you are in it. It’s not about loving to slice ham – good on you if you do – it’s about seeing the situation with an aesthetic flair. Like Patti Smith starving in the streets of New York, keeping on seeing the beauty of the world and put that i her poetry. It’s not about you dragging your butt to work in a delicatessen in an ugly corner of an ugly town, thinking “Oh my gosh, I hate that, that’s not how life was supposed to go for me. By now I already should have been a famous musician/writer/dancer etc.”
You should own what you do, see the poetry and the irony in that. A job – especially if it’s a seasonal one – gives you the opportunity to play a part. You become a character. It’s very much like being in a nouvelle vague movie. Does anyone thought being newspaper seller was cool before Jean Seberg – aspiring journalist – would start going around the streets of Paris screaming: “Herald Tribune! Herald Tribune!”

One night I came out from the metro of Barberini with total Chicago mobster look. My friend, a comic book artist called Andrea, was waiting in front of the Cinema and was amused by my outfit. He laughed saying that he felt like meeting a different person every night (a couple of nights before I was sporting a blue Cheongsam).
As we talked, he observed I was seeing myself as a character of your own comic books, with this sort of an external eye. That’s true and it always has been. You sometimes should detach yourself a little bit from the situation you are living in order to appreciate it. That also gives you bad days and dramas the right proportion, like: “here our heroine menacing of throwing herself out of the window if her boyfriend doesn’t admit his ex was fat and ugly.” You see what I mean? To see the ridicule of the situation probably will prevent you from jumping. But let’s go back to the flow.

The flow is unique for everyone. Narratives are often pre-packaged because are based on stereotypes. Our imagination can only go so far. What goes for the pretty Jean Seberg goes for you as well. You can dictate what’s rad and what’s not. You do that through your own personal flow. Some people will call it honesty, and that’s certainly part of it. You can certainly be inspired by other people to create your flow, but that’s ultimately something that will shape itself naturally. You can work on it, but you can’t force it. My friend Diana, an endless source of inspiration, is kinda Jean Seberg, handing out flyers to passerby to coax them into dining in a restaurant nearby. Even if she’s petite and curvy, her look is generally flamboyant, with cutting-edge skirts and interesting pieces she sources in the local market. Lately her outfits have been a little toned down by lame shapeless “Keep Calm and Eat All You Can” t-shirts the restaurant’s owner forced her to wear. Nonetheless she managed to style them by tying them on the waist and colour-pairing them.

It’s not just the outfit that makes her stand out. Her real peculiarity is her double colour eyeshadow. Every day Diana colours half of her eyelid in blue and the other half in purple, or she wears a green-orange combination. Together with her very dark tan and green eyes, you would call it a risky look. People walking on the street were certainly struck. Some people loved it, others complimented for her braveness, many deemed it as wacky. One thing for sure: Diana never failed to impress. When I asked her how come she came up with that make up idea, she just said very modestly while keeping on handing people flyers: “Oh, it’s just the colours that were in my new truss. I just tried two colours at the same time and I liked the effect”.
What was interesting for me in that description was that she neither pointed a source where she copied that style from, nor she told me about a particular impression that she wanted to reach. She just tried that make up as an experiment, and she fiercely carried it around.

I’m often hanging out with her while she is working, hiding in a very narrow lane to avoid being busted by the restaurant owner. An evening she handed a flier to a couple of old tourists. She started reciting her usual line about the restaurant’s characteristics. The old man was  paying no attention to what Diana was saying, fixing her eyes instead. “Did you do that yourself?” he asked “Can I take a picture of your makeup?”
Despite the boldness of her outfits and make up, Diana remains a fundamentally timid person. She shied away. “Are you a make-up expert?” I asked the old man.
It came out that the man used to own a factory that made make up powder. Diana reassured finally agreed to have her picture taken.
Before leaving the man pointed his finger at Diana’s makeup: “It’s not necessarily good, but it’s different!”, and unsure if perplexed Diana understood, he repeated a second time slowly: “It’s not necessarily good, but it’s different”. And then he walked away.
“What did he mean?” Diana asked me while seeing him disappearing behind the corner.
“I guess it is interpretable” I replied “For me what it means, is that you got it. You got the flow!”

The comic artist who fled Syria and found himself 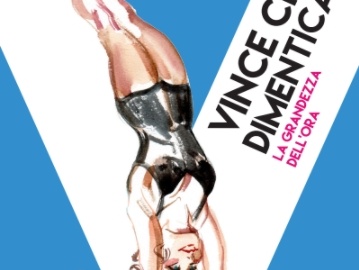